Here are some ideas of extremely useful computer software that you can test out over your Christmas break. I make use of each of these every single day and expect you’ll find them useful as well.

1Password – $49.99
1Password can create strong, unique passwords for you, remember them, and restore them, all directly in your web browser.  It can use Dropbox (below) to sync passwords across multiple computers, smart phones, and the web.
https://agilebits.com/onepassword

Dropbox – FREE
Dropbox is a free service that lets you bring your photos, docs, and videos anywhere and share them easily.
http://db.tt/AU00tGE

Spotify – FREE
Spotify is an online digital music service that gives you access to millions of songs.
http://www.spotify.com/us/

LogMeIn – FREE
Remote control of your desktop so you can open files, check your email, run programs and stay productive.
https://secure.logmein.com/products/free/

After a couple of years of considering it, I finally bought a Drobo for home use.

The Drobo (2nd generation) arrived and I set it up with my Mac Mini.  I installed 1 1TB drive and 2 500GB drives.  I set it up with HFS+ and configured email alerts, etc. as recommended. Then I started migrating data from the existing external 1TB drive.

Added another 1TB disk that I removed from an old Seagate external drive. Everything seemed fine as I migrated the remaining data from the still existing 1TB external drive.

All data had migrated to the Drobo and things had been working fine for a few hours. So, I unplugged the external drive, removed it’s 1TB Seagate drive, and replaced one of the 500GB drives with the 1TB drive.  So, at this point the Drobo has 3 1TB drives and 1 500GB drive.  The Drobo began to rebuild the Data Protection. It calculated it would take about 13 hours to complete.

At about 6a this morning (about 12 hours after replacing the drive) I got another critical alert notification that “Drobo cannot currently protect your data against hard drive failures.”

At about 9a the Mac Mini that the Drobo is connected to froze, so I had to power cycle that computer. When the Mac Mini finished rebooting, the Drobo was no longer connected to the Mac Mini. After attempting to reconnect the Drobo several times, I ended up power cycling the Drobo. It came back online and showed the file system for a several minutes, despite continuing to state that “Data Protection” was still in progress.

Then, a few minutes later the Drobo unmounted from the Mac Mini again, but it shows up as unmounted and unformatted in the Apple Disk Utility. At that point the Drobo Dashboard started showing the Drobo’s file system is now “Unformatted” instead of it’s original “HFS+” file system.

I suspect that one of my drives are bad, but the Drobo never tells me that and it is still “In Progress” of rebuilding the data protection.

Around 7p I received a 2nd reply from Drobo support:

Let me know if this enables the Drobo to complete it’s re-layout.

I followed those steps exactly, except for replacing “then USB” with “then power” in step 9 (which I presumed was a typo).  3 hours later it was still showing the filesystem as “unformatted” and “appox. 1 minute remaining” on the data protection rebuild.

Still not working and no further response from Drobo.  I’m stuck and frustrated, since I can’t really see what is happening behind the scenes with the Drobo.

Are there any Drobo ubergeeks out there that can help me?

My inspiration for writing this is a worship leader that battled cancer and claimed healing from God. After becoming fairly popular from his story and his music about his battle, it was revealed that he didn’t actually have cancer, but had been involved in a life of lies to convince everyone around him that he was sick. As the truth came out, the true battle that he was fighting was the battle with pornography.

This story of lies and deception has really bugged me since I learned about it a year and a half ago. Since the truth came out, the song this guy wrote has increasingly become popular. And this popularity in light of the lies surrounding the song, has really caused conflict in my heart as I’ve sung this song. It has really agonized me.

But tonight I realized this guy who wrote the song was really seeking healing from his ‘cancer’ that he was too embarrassed and ashamed to talk about. It was not a cancer of the body, but a cancer of the mind and soul. Pornography had infected him and was causing him tremendous pain. That same pain has hurt more men than any actual cancer of the body. And I can attest that God can heal men from this battle with pornography.

Now when I sing the song Healer, it’ll have a different meaning. It’s not just a plea for physical healing of our bodies, but a healing of our hearts, souls, and minds. Below are some of the lyrics from this plea for healing:

God, I pray for all men that are battling pornography. I pray that they will seek your healing and support with this battle. Nothing, not even a battle with pornography, is impossible for You. 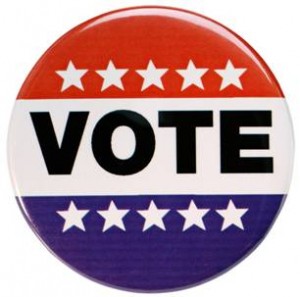